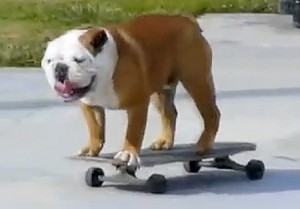 Viral videos are the Holy Grail of Internet Marketing. Every individual, marketing firm and corporation is striving to create a piece of video content that goes viral. Most of it ends up getting lost in cyberspace, but it is worth the shot.

Some experts say “only 2% of YouTube videos go viral.” Granted, it’s a bit absurd to try and quantify what percentage of videos go viral when the very definition of something having “gone viral” is open to wide interpretation and debate. How many views make a video viral… is it 100,000? A million? How fast do those views have to come to count as viral? You can see how difficult it gets to quantify. But I think we can all agree that very few videos go viral as hoped.

I think it might help to examine some viral video successes and attempt to break them down, check out what makes them different and define what it was that made them work.

Summary: Probably the most common type of viral video is the accidental viral video. These are shot by non professionals, usually just a single user and are uploaded without the faintest hope or inkling of mega popularity. These are often uploaded for friends and family, but unexpectedly take on a life of their own.

Chance of Success: Virtually nonexistent. Since viewers are the ones who cause Accident Viral Videos to exist, they are impossible to predict. Creators of these Accident videos are often quite surprised to see their little creation hit a million views or to get invites to a national talk show. By definition, you can’t plan for this to happen.

2. The Imitation – AKA: Anything You Can Do I Can Do Worse

Summary: What happens when Big Business takes notice of an Accident viral video (or any other viral video success for that matter)? They try to recreate it, naturally. You can also call this “The Hollywood”, since major film studios have been riding film trends with countless rip-offs for years—after coming out of the Disaster Movie era a few years back, we are now firmly entrenched in the Snarky Animation era (thank you Shrek) and the Torture Horror era (thank you Saw). It works like this: See something successful, then recreate it as closely as possible, removing only the most obvious copy-cat elements. Like making photocopies of photocopies… the enjoyment and interest in the video wanes exponentially with each passing generation of rip-offs.

Chances of Success: Moderate. Ripoff, Spoof, and Copycat videos are never as popular as their inspiration. They benefit initially by piggy-backing off the fame and popularity of the original, but that soon wanes. A huge section of the video-watching population sees them for what they are… rip-offs… copies of an original that is much more… well, original.

3. The Embarrassment – AKA: Kill Me Now

Summary: Something embarrassing happens to someone, and said embarrassment is caught on film. Uh oh. This is one of the most popular kinds of videos… it’s the “you’ll never believe what this idiot just did” phenomenon. It’s very difficult for major brands to have success with this kind of viral video, as most brands aren’t interested in embarrassing themselves. Yet you have the recent Jim Brewer Goes Off On Film Crew video that, to me, has to be fake and manufactured. And in that example, it’s the hired actor “embarrassing” himself, not the brand.

Chances of Success: Higher than normal if real, far less likely if staged.

Summary: A popular trend in viral video is the subtle use of special effects to make an unbelievable event slightly more believable. Because the quality of video on YouTube is generally lower than what you get at your local movie theater (and because the screen size is so much smaller), special effects are slightly harder to gauge for the average viewer. With just the right touch of CGI, you can make something fantastic appear real.

Chances of Success: High, particularly if you can score a celebrity like Kobe to star in your video (keep in mind… “high probability” on this scale is still a long-shot). All that’s required is enough believability to cause a portion of the audience to wonder if it’s real. Once you have a few of them believing it, they’ll start the viral process for you, sending out links to the video to all their friends. Even something so obviously fake as the Microsoft Slide video still convinced enough people to go viral—even prompting Microsoft to eventually admit it was faked.

Summary: Sometimes a video goes viral simply because viewers aren’t sure what they’re looking at. Sometimes unexplained imagery captivates an audience in a way that standard videos cannot.

Chances of Success: Low. Hitting on a “what the heck is that?” video is an extremely inexact science. If you’d have told me two years ago that Cadbury’s was about to release a viral video of a gorilla playing drums along to Phil Collins’ “In the Air Tonight” and that it would get millions of views, I’d have told you that you were insane. Predicting what people will like is hard enough when you’re staying comfortably in the box. Stray outside that box into the strange and bizarre, and your odds go down even further. The payoff, though, can be huge.

6. The Shill – AKA: Obviously Corporate Advertising

Summary: You might think I’m about to bash or slam these videos. But I’m not. If a company can find a way to highlight a product or service in a manner that is still entertaining to viewers, you have what we call a “win/win” scenario. What might initially look like a television commercial can—with the right dash of humor and personality—become a web sensation. Users want to be entertained, first and foremost. If it happens to be an advertisement, so be it… as long as it makes us laugh (or smile, or cry, or whatever).

Chances of Success: Among the highest on this list. People have inherent trust in certain brands, and at the end of the day, most of the viewing public just wants to be entertained. If you can do that while being completely transparent in your attempts to advertise, then you can save time and money on the front end and have maximum impact on the back end.

7. The Blair Witch – AKA: Those Faking Fakers

Summary: Not to be confused with The Special Effects (though they are similar), The Blair Witch viral video is one where everything is staged. Big companies are so desperate for their own slice of viral video history that they’re often willing to try faking it. Hire some actors, give them a script, and then pay them to pretend they aren’t actors. It’s a lot harder to do right than you might think. Forget for a second that the average YouTube viewer is already trained to cry “fake” at the first sign of something out of the ordinary. It’s actually incredibly hard to artificially manufacture authenticity.

Chances of Success: Pretty slim. Lonely Girl kind of killed it for the rest of us. The YouTube series turned us all into cynical skeptics.

So, which variety of viral video should businesses shoot for? Well, most businesses aren’t out to embarrass themselves, so we can scratch that one. The Accident videos are, by definition, not something you can intentionally create, so that’s out too. The Imitation is a short term solution, destined to have a ceiling for success, but I still have clients that choose that option.

The Special Effects videos almost always require a bit of budget, particularly if you’re going to use a recognizable figure. To fake an amazing feat, even if you eschew CGI, there are tons of hidden costs in planning, setup, and execution.

The WTF is probably the riskiest venture, because you spend money on producing an ad that has no assurance of even being understood, let alone enjoyed. I’m sure there was more than one raised eyebrow in the room when Sony was pitched on the Bouncing Ball concept. Most of my clients are not interested in being video concept trailblazers, at least not in this economy.

And the Blair Witch is nearly as risky as the WTF. First, it’s tough to find actors who are good enough to pull off the fake but are also not recognizable enough for people to instantly remember them from some White Castle commercial. But it’s also risky because of the possibility of getting caught in the fakery. Once viewers know something is fake, you may still get views… but your branding efforts are completely undone.

That leaves The Shill. Yes… believe it or not, I generally advise my clients to get creative with their actual business… the services or products they offer. This is partly because the majority of my clients are small and medium businesses, who have their hands tied by budget and the traditional notions of what marketing should be. But the area I see the most success in intentional viral video creation is far and away The Shill. If it doesn’t go viral, it’s at the very least a good commercial for your business that you can use down the road. And as I mentioned above, most viewers don’t mind overt advertising when it comes in the shell of something truly entertaining.

If you’re just dipping your toe in the water of viral videos for the first time, or if you are a small business… the best approach is to simply find a creative, lighthearted way to highlight who you are and what you do.