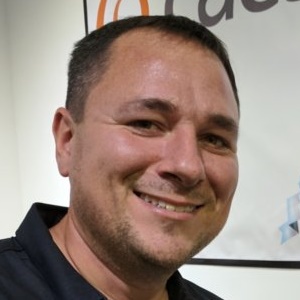 Phil Smith is a serial entrepreneur who has built and sold three companies since 1998. While he has had success in his career, he comes from a very humble childhood. He grew up on welfare, received free lunches at school and waited on line for Government milk and cheese. He also lost both his parents before he finished college. The fact he went to college was a surprise and only happened because a family friend offered to pay for the first 2 years. After he took full advantage of the opportunity provided to him, he ended up receiving a loan to finish his bachelor’s degree.

While in college, he was offered the ability to start up an Internet Service Provider (ISP) business, where he sold dial up services and web hosting. He received a $1,500 loan to buy his first server to launch the business. He quickly had success and even though he was offered a full-time job after he finished his internship, he declined the offer and took the chance as an entrepreneur. After 7 long years of building the business and dealing with major technology changes in the web hosting industry, the company was sold in 2005.

Mr. Smith then decided he wanted to figure out how to create a business from home and launched a digital marketing consulting business. He wanted to build a simple business without the need of employees or office space. After a few years of building up his clientele, the business was acquired in 2010 by Jim Estill, who ran an early stage investment fund. Phil stayed on as CEO and helped grow the company larger, which was sold again in 2013. Working with Jim Estill was one of the highlights of Phil’s career and what he learned from Jim has helped Phil take his career to the next level.

In 2014, Mr. Smith decided to launch another business from home, but this time he wanted to build a scalable business. One that could generate 7 figures a year without the need of employees. So, he decided to create a lead generation company, which took about 6 months to learn the ropes. Once Phil figured it out, that is when the business scaled very quickly and in the first full year, the business generated $1.57 million in revenue.

Today, Mr. Smith decided to launch another business in the e-learning space. He wants to teach people how to become an entrepreneur. He feels the new American dream is to work from home, spend more time with family, go on more vacations and have the freedom to do what you want when you want. Since this is the lifestyle that Phil lives, he wants to try and help others achieve it for themselves.

Phil got an endorsement from Kevin Harrington and during the filming, Kevin understood Phil’s vision and saw his unique expertise. Kevin wanted to be part of the e-learning company, so they formed a partnership.

Phil generously supports organizations such as the Ronald McDonald House, which he partnered with. Giving back is very important to him. He has also been on CBS-TV, Fox News, Entreprenuer.com, written up in various publications and is also a contributor for Forbes.com and Inc.com.