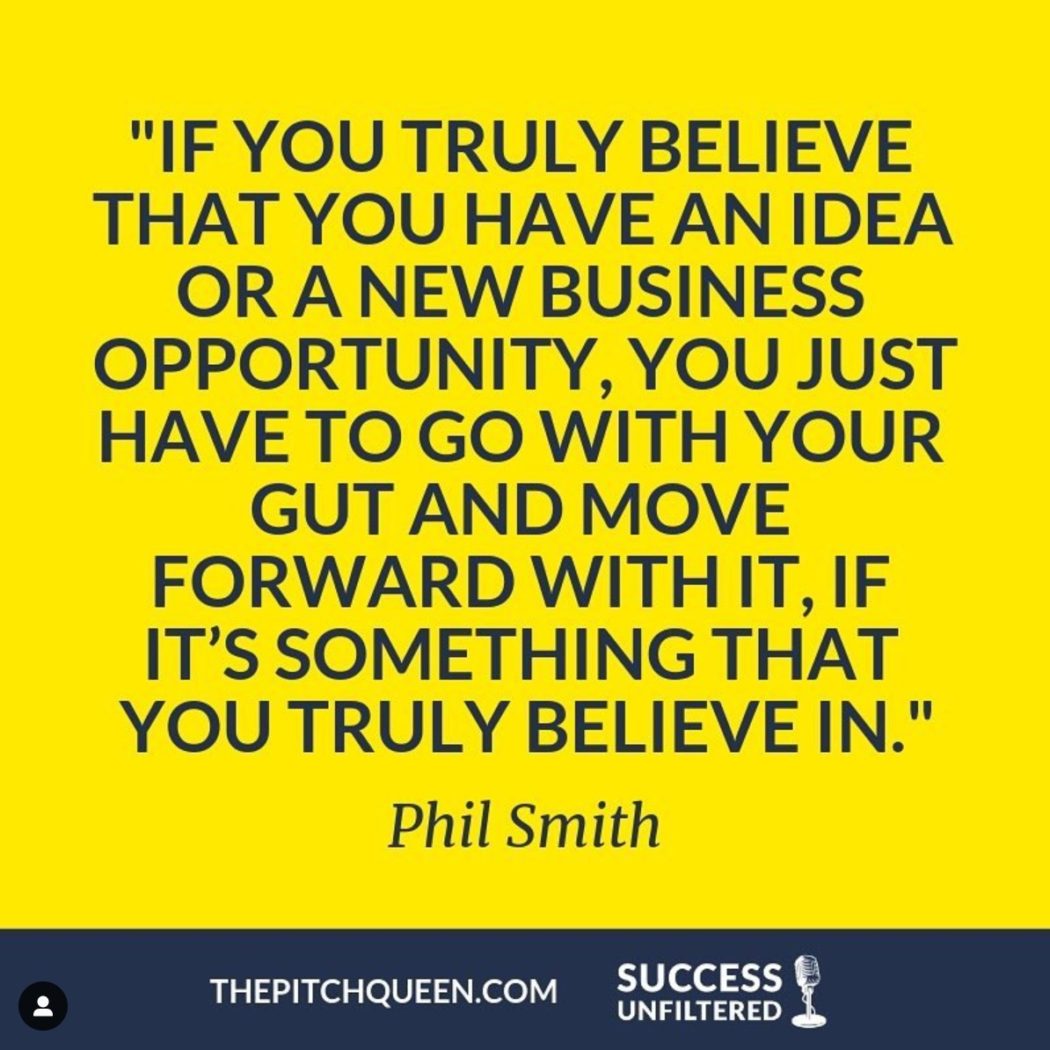 I was interviewed by Michelle Weinstein, The Pitch Queen. Michelle is great at what she does, and this interview was a lot of fun.

Phil Smith, born in Port Jefferson, New York, is a serial entrepreneur who is a visionary and an intelligent businessman who came from a humble childhood. While he has held the title of CEO for many of the companies he’s founded, the title of Dad is the one he’s most proud of. His passion for his work is only shadowed by his deep love and dedication to his Wife and two children. Mr. Smith generously supports organizations such as the Ronald McDonald House and Long Island Cares, among others. He doesn’t work on Friday and takes 45 vacation days a year.

Here are a few key secrets we talked about in this episode:

Create Happiness and Joy in Your Business

Phil Smith, a guest on Success Unfiltered shared how his most devastating NO actually led him to create the business he has today, which allows him to spend time with his children when he wants, and to take over 45 days of vacation every year.

In 2010, Phil created a consulting business, which was eventually acquired by Jim Estel. Phil was quite happy with how things were going but was struck with an idea to create a lead generation business.

He shared the idea with Jim, who believed it was a great idea but didn’t want to do it. They gave Phil a big fat NO.

However, Phil knew in his gut that this was the right path for him. That creating the lead generation company would help lead him to the business of his dreams. So, even though he had been told NO, it was hugely impactful on how Phil moved forward.

Over the last several years, creating this business has accelerated Phil’s career where he can now build businesses that make hundreds of thousands of dollars in just a few months.

It took time and learning, but by trusting his gut, Phil created a business that he loves and that leaves him feeling happy and fulfilled.

Phil firmly believes that entrepreneurs need to go with their gut, and if someone else tells them NO, they have to figure out a way around it. Don’t let someone else crush the dreams that you hold near and dear to your heart.

Your Point of View Matters

The way you see yourself and your business matters. If you see business as super serious, with NO fun your business will tend to be very serious and lack fun. No one wants that, and you have the power to change it.

You have to willingly review your perspectives and attitudes and be willing to change your thoughts surrounding your business if that’s what is bringing you down.

If you’re experiencing some sort of obstacle that is making you unhappy, you have the power to remove those obstacles and then change your attitude.

Phil experienced something just like this in his business. He was thoroughly excited to launch his lead generation company but wanted to get feedback from his mentor Jim Estel. So, Phil asked Jim what Phil didn’t do well.

Jim gave Phil a lot of great advice, about how we shouldn’t concentrate on what he isn’t good at because if he focused there, he’d end up feeling miserable. But, then he said one more thing that powered Phil up and got him moving…

Jim told Phil that one of the negative things that Phil had was that he lacked confidence in himself.

Phil was stunned and ended up lashing out at Jim, even yelling at him a bit.

After he left Jim’s office, and he realized that Jim was right. Phil lacked the confidence to go out and create his lead generation business on his own.

Phil wanted to change this perspective, though. He knew that he could create his business in the way that the wanted and be very successful.

So, from May of 2014 until October of 2014, Phil worked hard to figure out how to bring the lead generation company to life, successfully. And, he did it!

It took 6 months to build the business, but once it was up and running, he scaled from $0 in revenue to seven figures in revenue in one year! Phil was so happy that he hadn’t let Jim’s opinions stop him from doing what he wanted because now he has cultivated a life and business that he loves.

Let me ask you again, do you love the business that you’ve created? If not, what steps can you take to change things so that you ARE building the business of your dreams?

It doesn’t have to be a huge shift, start small and see how things go, and then shift as you move along.

What can you do today to choose happy? So, that your life is just one ounce happier?