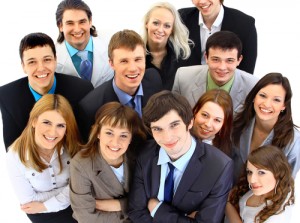 As a business owner, what do you do when you have two completely opposite employees? One is extremely talented, but rarely gets work done and cannot be depended on and then the other is not the “sharpest tool in the shed”, but puts 110% into everything and eventually, after a while, gets things done.

I dealt with two great guys for years and it was always a struggle. Again, one of them was one of the smartest people I have ever met. It was amazing how he knew everything about anything. It didn’t matter what the question was, he knew the answer. Wanted to know how a light bulb was made, needed a quick fix for any server or network problem… it didn’t matter what it was. The problem was after five minutes, it is like he completely forgot what he was working on and was working on something else. You literally had to stand over him to make sure he finished something. It was very frustrating, but I saw the potential. He was never money motivated, so that did not help at all. He was the guy that would provide all of his services for free, because to him it was fun. I could understand that, but what do you do as a business owner.

We kept him, just about from beginning to end… there was some stints where he left and came back. He just always got bored with just about everything he tried. To give an example, “for fun” he built a small unit that would sit in a housing development and as the program ran it would crack all the garage doors and he would watch them all go up and down. Yup, that was an exciting Friday night.

It is good know that he finally figured out that he needed to straighten himself… he has found a great job and has changed his life around. To me, he should have been sitting on top of Microsoft or any of these companies making a whole bunch of money, but again, that was not his motivation. I just hope that I had some influence on him to get him to where he is now.

The other guy, he had some trouble in his 20’s. Spent time in jail, doing some bad things. He was the type that didn’t fit into the corporate world, long hair, motorcycle, tattoos, but that didn’t matter to us. It was hard though, for what takes someone five minutes, took him 20.

I always believe you have to put people in the position to succeed and that is what I did. I put him in a position that he could shine on his own. He was never late, always showed up to work, didn’t complain… much… and you could sleep at night knowing he was around. It was odd to say that, but it was true.

There is something to be said about someone who doesn’t want to go back to an “easier” life and took the struggle head on. He always had problems finding a job because of his past. He didn’t get much respect because of how “slow” he was, but at least in the end he got the job done.

He knew the company was getting sold so he tried to find a job, he couldn’t find one right away so he ended up going with the company. It took him years to find a new job and I was so impressed on how he never gave up. I got to give it to him, it would have been so much easier to quit, but he took the hard road and now has a great job. He has been at the new job for a couple of years now and absolutely loves it.

So what am I trying to say? No matter who the person is, there is always a way to make them shine. It just comes down to the ability to see potential in people.