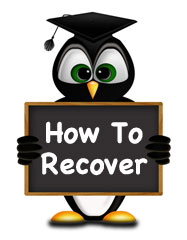 Flexiscreens.com is an Australia business based in Tasmania, producing flexible insect screens from premium-grade materials and delivering them world-wide. They’ve been plagiarized and targeted by copycat competitors but have always enjoyed good rankings and resoundingly good client testimonials due to exemplary products and services. The past year has been a roller coaster ride. First they were rewarded by Google, and then they were punished.

It was the same content, basically unchanged in that time and its initial wild variations seem to predate the Panda release. In contrast, over the year, the primary copycat competitor now ranks higher than they do, despite having inferior products made from lower-grade components.

There are some peculiar aspects:

The website has been hosted in Melbourne, Australia since early 2011. The site appeared in “Search: pages from Australia” so was clearly associated with the Australian dataset. The downward variation in Australian visitors was inexplicable. In June we launched into a major revision of the site, tackling each and every aspect that could conceivably be harming the site’s rankings.

In looking at the site from a critical perspective, it appeared that the 89 glowing client references might have been an Achilles heel. These were individual posts in a Testimonials category, with a widget that selected one at random and displayed it in the page sidebar.

However, bereft of unique Titles and Descriptions, lacking headings, and with only a couple of sentences and no images, they would certainly appear of very low quality and minimal value!

By way of remedial action, these posts were inserted into a Testimonials Manager plugin, retaining the random Testimonial display in the sidebar, but with a single consolidated page instead of 89 individual posts. 301 Redirection was put in place on those posts, to the new Testimonials page.

In addition, there were a dozen or so Authorized Distributor pages, half of which contained nothing other than a State or Country variation and with a standard layout/content format. This may have appeared suspiciously like Doorway Pages, specifically referenced in Google’s Webmaster Guidelines.

These were all combined into a single distributors page, with an index hyperlinked to State & Country sections, and 301 Redirection applied.

There was a prompt response on the rankings for multiple keyword search phrases:

• flyscreen distributors – jumped up +19 places within a week to #5 on Google.com.au

• flyscreen distributors – jumped up +55 places within a week to #10 on Google.com

• fly screen distributors – jumped up +3 places within a week to #9 on Google.com

The consolidated Distributors page with its larger and unambiguous content definitely gained rapid traction in the SERPs! Unfortunately, since then those gains have been offset by further ranking losses across the board, but traffic volumes have remained relatively steady over the last few months.

Aside from the first round of remedial action on the posts and pages, we’ve also systematically reviewed page content to sharpen the focus, reduce vagueness, and eliminate other potential problems.

Google Says Be Careful about Links

Any external links were converted to NoFollow to prevent loss of link juice, or any suspicion of involvement in link spam activities.

Tags: all “tags” removed because these were not used correctly, and in the main applied to the 89 Testimonials posts. These tags consisted mostly of Australian state and/or international country, and the window type the reference related to. The consequence of that was dozens of almost identical Tag pages, all bereft of Titles and Descriptions.

At some point not too long ago, the owners had inserted 3 lines of H2 and H3 headings into the top of EVERY page! That was what amounted to a Unique Selling Proposition and a Call to Action, but of course it severely diffused the effectiveness of the real first headings & first paragraphs across every page on the site. All iterations of extraneous text were replaced with an image on the bottom of each page, with a relevant link title & image alt text.

Further vague first paragraph content occurred in the About Us page which had been topped with some “warm fuzzy” content that had little to do with their Products / Manufacturing / Distribution. That extraneous content was displaced downward by something a little more useful.

The informational pages needed to be there, but contributed little to defining the site’s genre, products or services. All non-important pages were set to NoIndex using the “Ultimate Noindex” WordPress plugin, including Login, Admin, Logout, Author, Search, Privacy, Terms etc.

• Gallery: this comprised three pages of various insect screen formats, but there was zero explanatory text. A picture may well be worth a thousand words in some circumstances, but not to a search engine! A preliminary paragraph of explanatory text was added, and the owners are preparing more to boost the intrinsic value of these pages.

• Headings: additional supportive sub-headings in H2 or H3 added on pages as appropriate.

• Text Emphasis: A significant amount of non-relevant BOLD text was reverted to Regular to prevent emphasis confusion. As a general rule, Bold should only emphasize important page content, not entire paragraphs!

• Header Tags: All Titles, Descriptions & Keywords were revised to be within recommended length parameters, and made relevant to the specific page/s.

Those who have engaged in close-quarter combat with Google’s relentless algorithms will understand that during the past 6 months ranking charts look like an 8.5 earthquake graph. Between Google’s tweaking, and our own remedial efforts, it was sometimes hard to ascertain if what we were doing with the website was making things better or worse! However, with the objective of “good content” firmly grasped, we persevered.

By and large, the efforts that were taken resulted in significant Google.com.au ranking improvements, sustained as Google’s algorithms have stabilized.

For US-based readers, this is an issue that many SEO’s won’t encounter. However, if you are located elsewhere on the planet, it seems Google has drastically altered the way in which it rewards websites within their local market, at the cost of their global prominence.

Referring back to the “visitors from Australia” issue mentioned previously – as things have settled out, Google HQ, rankings across Google.com.au have improved to 2011 levels. The volume and percentage of visitors from Australia has increased back to ‘normal’ levels. Sadly, as global rankings have declined, the diversity of international visitors has faded.

Prior to 2012, Flexiscreens drew many of their clients from around the world due to good global rankings. In the past year, monthly visitor traffic (Webaliser stats) has declined from the 2011 high of 36,000 to a low of 8,700. October 2012 shows a modest improvement to 10,600 visitors.

In all other respects, rankings have clearly responded to ministrations on the website aimed at meeting Google’s Quality Guidelines. This is a family business, totally dependent on remaining prominent in global SERPs, and its fall from grace has been sudden, and painfully expensive. Recently, the company decided there was no option but to resort to Google AdWords to gain some additional exposure in targeted international markets.

The most striking aspects in the year of Panda and Penguin have been:

• the inexplicable downturn to 17% of visitors from Australia by June

• the equally inexplicable upturn in Australian visits thereafter, to 54% by October

• the total loss of international rankings

The more cynical amongst us might consider this is a Google “carrot and stick” strategy, giving local business better results in local markets, but beating those who need international exposure into the AdWords corral.

There does seem to be an across-the-board improvement in search relevancy. Google seems to have worked hard on ensuring that the search engine results pages give prominence to the source site of a business name or brand. As an example, a search for a Bed & Breakfast or hotel by name is now far more likely to show the specified business in first place. Previously, it would have been buried under a pile of B&B and hotel booking sites, all creaming commissions off the legitimate business owner / operator.

For that we can be grateful and I guess we can accept that we are now living in the ‘new normal.’ It’s not perfect but overall, it’s getting better!

If your business website was badly affected by Google’s Panda and Penguin updates, it is possible to recover fully from the impact. In fact, it’s usually a straightforward process of improving the website’s content, structure and functionality. Results of such improvements are invariably positive, rapid and enduring.