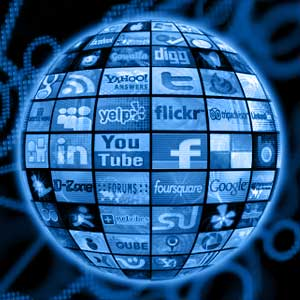 Social media has been growing daily for year now. It has changed the landscape of how businesses communicate with their customers and how they market themselves online. Social Media has grown tremendously compared to 2009 when it comes to user generated content, business, personal communication, celebrity gossip and more.

Since 2010 is coming to a close, lets take a look at how Social Media has done over the past year.

Source: Online sample survey of 2,884 consumers spread over 14 countries between the age of 18 to 55 years old by Online Media Gazette.

Source: Statistics from Technorati’s State of the Blogosphere 2009.